EXCLUSIVE: Is KC Montero open to getting married again?

Montero shares he is currently dating a non-showbiz girl. 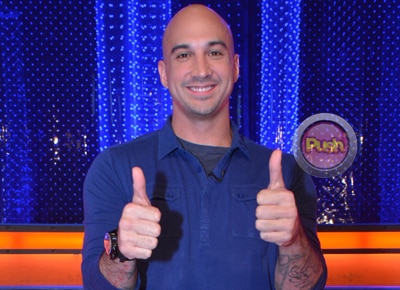 KC Montero was recently one of the lucky stars of Kapamilya: Deal or No Deal. When asked by Push.com.ph if he is willing to be part of the Kapamilya network, he replied, “I’m open to it, actually I worked at Fox but iba ‘yun, so of course I’m open to it.”
Among the many Kapamilya stars, KC wants to works with his friends in the TV station. “I like working with Luis (Manzano), si Billy (Crawford), these guys because I get along with them and because we have the same sense of humor.”
KC’s dream project is to host a reality show. “I’ve hosted a noon time show, for many years I hosted MTV for like 10 years. I want to host a reality show and be the main host even a game show or a singing competition like Asia’s Got Talent.”
Aside from his gigs in showbiz, KC is also an entrepreneur. “I have been focusing mostly on outside of TV like I have a social media company, we own Team Manila, we own Trilogy, we own a couple of Vans outlets, we have about 25 stores and I have a bar and restaurant that I’m focusing on.”
KC is currently dating a non-showbiz girl. “I have girlfriend now, she’s a non-show business, she doesn’t want to be called a model but she’s done a lot of modeling before but she’s a half new Zealand, half Pinay ex-beauty queen girl.”
On getting married, KC doesn’t see himself doing it soon. “No I’ve already done it once (KC was once married to Geneva Cruz) and I don’t need do it again for a while. Many years ago I tried it, but if ever the time presents itself and I feel that it’s the right time yeah I’m open to it again.”
Celebrity