Netizens react to news that Maria Ozawa is open to dating the president. 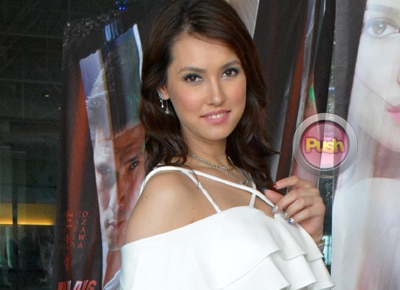 In an exclusive interview with Push.com.ph, former adult film star Maria Ozawa said that she is open to dating President Noynoy Aquino. The Japanese star enthusiastically responded that she would love to date PNoy saying, "Of course I'm so open. I'm so free, I would love to!” After the Japanese star’s admission, the netizens couldn’t help but react to the news.
Twitter user ?@kkktine posted “I was feeling a bit frustrated and tired but after I've seen the Maria-Ozawa-dating-Pnoy thingy, I really burst out laughing.”
?@QuensHope tweeted, “She said she's open to dating PNoy. #WOW! I'd love to ship them! Maria Ozawa-Aquino bongga!! #NoyMar”
@ReynaEnriquezWH posted, “So Maria Ozawa just said that she actually would love to date President Noy Noy. I don't know how to feel about that.”
“Kamusta naman yung maria ozawa at pnoy? hahaha made may day this early,” ?@CiCastaneda20 posted.
“PNoy and Maria Ozawa? Wow. Hahaha ibang klase si President,” ?@saiainostar tweeted.
@byunbabe posted, “sorry but i ship maria ozawa with pnoy.”
@reveilledomingo tweeted, “Since the season finale of Game of Thrones, nothing has quite shocked me until reading, “Maria Ozawa open to dating PNoy,” on ABS-CBN.”
Meanwhile Twitter user @wtfgenie said, “Kung si Pnoy nga may chance kay Maria Ozawa edi may chance din ako sayo ü.”
The Japanese star is currently in the Philippines to promote her upcoming movie with Robin Padilla titled Nilalang. She said that she’s enjoying her stay in the country. Maria is planning to settle down before she turns 35 and she hopes to date a Filipino soon. “I love to date someone here so I can stay."
As of this writing, Maria Ozawa is still trending on Twitter.
Celebrity