Liza Soberano's mom will attend the US premiere of ‘Just The Way You Are.’ 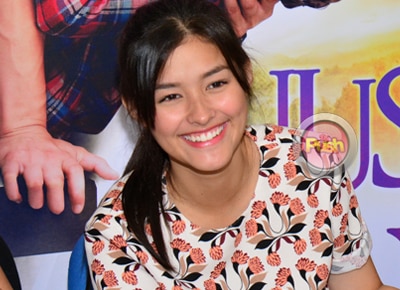 Liza Soberano admitted that she felt overwhelmed by the number of people that attended the premiere night of her movie with Enrique Gil, Just The Way You Are. "Sobrang saya, actually the whole week hindi ko pa siya naramdaman pero pagpasok namin sa Megamall, nang makita ko kung ganong kadaming tao ang nandon bigla akong ninyerbyos kasi parang hindi ko maisip na ganon kadaming supporters."
She said that she did not expect that their supporters would reach that level. "Kasi me and Quen (Enrique) nakakalabas kami, yung pagkatapos pa lang ng taping ng Forevermore saka pa lang namin naramdaman na ang dami palang nagmamahal sa amin. Kanina nga I was about to cry naiiyak ako kasi."
The actress remarked that she is happy with the outcome of the movie. "Sobrang ganda. Ako naman while doing it, hindi ko naman iniisip na kailangan sobrang ganda, ganyan. Ginagawa ko lang kasi gusto kong umarte, gusto ko yung ginagawa ko. I guess if you really love what you do it really comes out in the movie."
The actress shared that if there's one major lesson she has learned from the movie, it would be that it's okay to take a risk in loving someone. "What I [learned is that] it's okay to take a risk and to take a chance on loving someone because you will never know what they can offer you. The best thing in the world is to love and to be loved and if you won't take the chance, you will not have the chance to feel that."
Liza expressed her happiness that her family was there at the premiere night to witness another milestone in her life. "I'm happy that they're here to witness everything." She also enthusiastically shared that her American mom, whom she hasn’t seen for seven years will have the chance to watch the film. "My mom will watch it at the premiere in the States." Despite being away from each other for numerous years, Liza relayed that she is in constant communication with her mother. "Yes we talk," Liza briefly stated.
Celebrity