If there is one thing that Enrique Gil and Liza Soberano have proven in Just The Way You Are, it would be that there chemistry comes off as very natural. 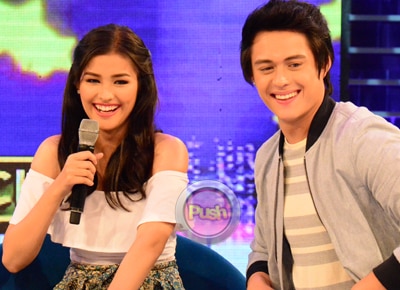 If there is one thing that Enrique Gil and Liza Soberano have proven in Just The Way You Are, it would be that their chemistry comes off as very natural. With this first movie together, both stars have opened the eyes of many that they are the next big thing on the silver screen.
Enrique Gil plays the role of Drake who participates in a bet with his best friend to make a new girl in school named Sofia, Liza Soberano’s character, to fall in love with him within 30 days. As soon as he starts playing the game, things turn around for Drake and he suddenly develops feelings for Sofia. With that, is Drake going to call off the bet and quit playing games for love?
The biggest revelation in the movie was Liza. The execution of her character was spot on as she embodied her role perfectly. Her acting was as real as it can get. From playing cameo roles to playing a third party in a love team previously, Liza has proven that she has grown as an actress over time. She is ready to prove that she is the newest gem of the movie industry.
Meanwhile, Enrique would definitely make any girl fall head over heels in love with his portrayal. The actor displayed the same confidence that many viewers and supporters have adored about him from the very beginning. With this movie, Enrique has once again solidified his position as one of the country’s premier heartthrobs. More than that, his performance in the film is a testament to his versatility as an actor.
Movie viewers would totally scream their hearts out with Enrique and Liza’s kilig moments in the movie. The spark between LizQuen is so palpable you can’t help but fall in love with this tandem over and over again in this film. Their chemistry is very natural. With Just The Way You Are, Enrique and Liza have definitely conquered greater heights.
Celebrity