Kris Aquino on new movie 'Etiquette for Mistresses': 'Every other sentence may mura’

Kris Aquino has already read the script for her new movie 'Etiquette for Mistresses.' 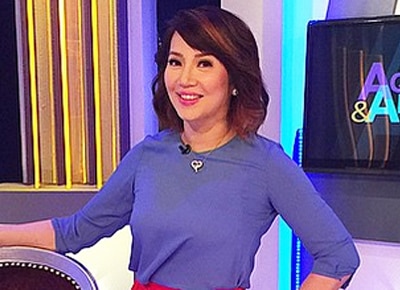 Kris Aquino is gearing up for her upcoming movie the Etiquette for Mistresses. In an Instagram post, Kris revealed that she already has the script and read it. In her post, Kris thanked the movie's director and Star Cinema for the story. She shared that she’s going to do a lot of cursing in the film.
"Thank You Direk @chitorono & @starcinema for this project, 3rd Draft of the Sequence Treatment & the story is already so VIVID & haunting in the movie's portrayal of many harsh realities & the language, ngayon lang ako nakabasa ng script na every other sentence may MURA."
She added the script was really thrilling. "I have been up since 5 AM Japan time, 4 AM Philippine time (although I did sleep soundly for 2 hours on the plane ride home), taped 2 Kris TV episodes & went straight to A&A, and yet the story was so difficult to put down!"
Kris shared that they are set to shoot the movie on June 28. The Queen of All Media will star in the movie alongside Kim Chiu and supposedly Claudine Barretto as well.
“Are we really going to shoot starting June 28? #HelloAgain7DayWorkWeeks #2DailyShowsAnd2MoviesEqualsInsanity #KayaHabangPwedePaMatutulogNaKo #NaMissAkoNgTEAMNOSLEEP,” she posted on her Instagram account.
Celebrity