The boyband is here for a one-night concert on May 5. Called the best-selling boy band of all time, the Backstreet Boys are back in Manila for their In A World Like This Tour.
Performing at the Mall of Asia Arena on May 5, Brian Litrell, AJ McLean, Kevin Richardson, Howie Dorough and Nick Carter was last seen in the country in 2012 when they did a concert tour with the New Kids On The Block.
The boys arrived this afternoon at the NAIA terminal 1. AJ came in Manila at around 2PM while Brian, Kevin, Howie and Nick at 5PM.
The group will be performing their all time hits "I Want It That Way," "Quit Playing Games With My Heart," "As Long As You Love Me," "Shape of My Heart," and "Unbreakable" among others. 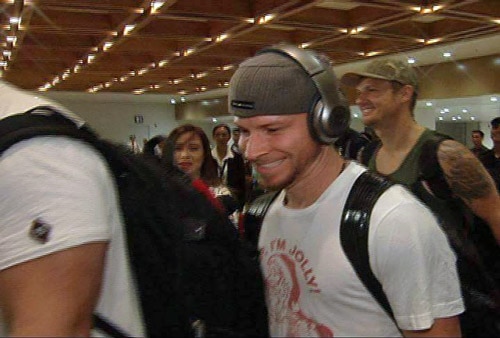