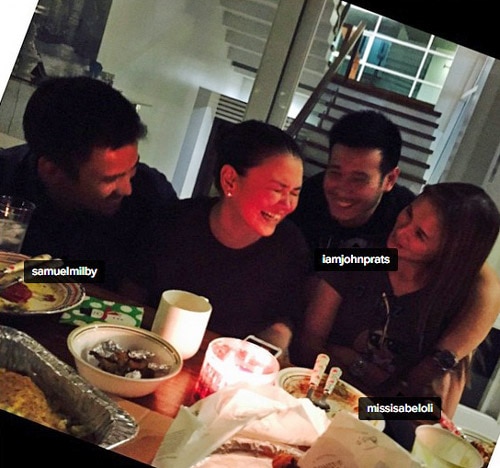 In last night's Banana Split episode, Angelica Panganiban's submitted entry to their weekly dubsmash competition included Marian Rivera and Heart Evangelista's pictures. Holding two cellphones, Angelica lipsynched to Cherie Gil's famous Bituing Walang Ningning line "You're nothing but a second rate, trying hard, copycat!" while showing first Marian's photo then Heart's.
WATCH VIDEO HERE
This has sparked an online war between the two actress' fans who are rumored to have an ongoing rivalry. Many have taken to Angelica's Instagram to post their sentiments

Many speculate that the reason behind the Pangako Sa Yo actress' dubsmash was Heart's statement she invited Angelica to her wedding to Chiz Escudero but her friend was a no-show.
Angelica on the other hand allegedly didn't actually get invites to the occassion.
Celebrity