Six reasons why we should watch the new ‘Pangako Sa ’Yo’ 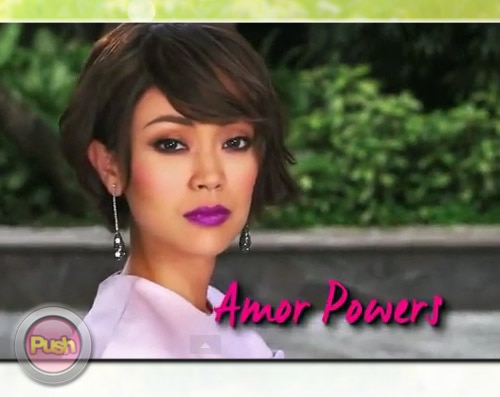 1. Fall in love with Amor and Eduardo
In the original Pangako Sa ’Yo, it opened with Eduardo and Amor being lovers already and we didn’t witness their love story and what kind of love they had for each other.
In the new Pangako Sa’Yo, we will witness all this and fall in love along with the characters of Amor and Eduardo.
2. Find out why Amor feels the need for revenge
In the original Pangako Sa’Yo, we saw what the Buenavistas did to Amor so that she harbored hatred in her heart and wanted to avenge the injustices done to her.
In the new Pangako Sa ’Yo, Amor takes a double punch from the people who want her out of their lives and her need for revenge will be clearer than ever. 4. Watch a more mature and sexier KathNiel
Teen King and Teen Queen Daniel Padilla and Kathryn Bernardo played teen roles in their past seryes Princess and I and Got To Believe. In Pangako Sa ’Yo, they will take on mature, serious and sexier roles as Yna Macaspac and Angelo Buenavista. 6. The old Claudia, with a twist
In the original Pangako Sa’Yo, Claudia Buenavista is as suave and as powerful as Amor Powers.
In the new Pangako Sa’Yo, there will be something new about Claudia that is sure to win the hearts of viewers.
Celebrity