Watch John and Isabel say 'I do' during their emotional yet fun dynamite wedding. 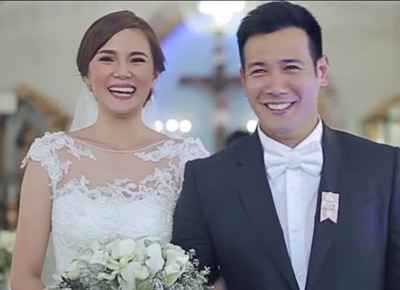 In back-to-back wedding ceremonies last May 16, John Prats and Isabel Oli were both emotional saying their vows as seen in their on site wedding film by Nice Print Photography.
The story of how the couple was destined for each other was related at the beginning of the video, with Isabel seeing John for the first time in a mall show in Cebu, which she attended because of her crush on the actor.
Present during the ceremonies were close family and friends from the industry including John's sister Camille Prats, Sam Milby, Chynna Ortaleza, Pokwang, Iya and Drew Arellano, and Angelica Panganiban.
The reception ended that evening with a special dance number from the bride and groom.
Celebrity