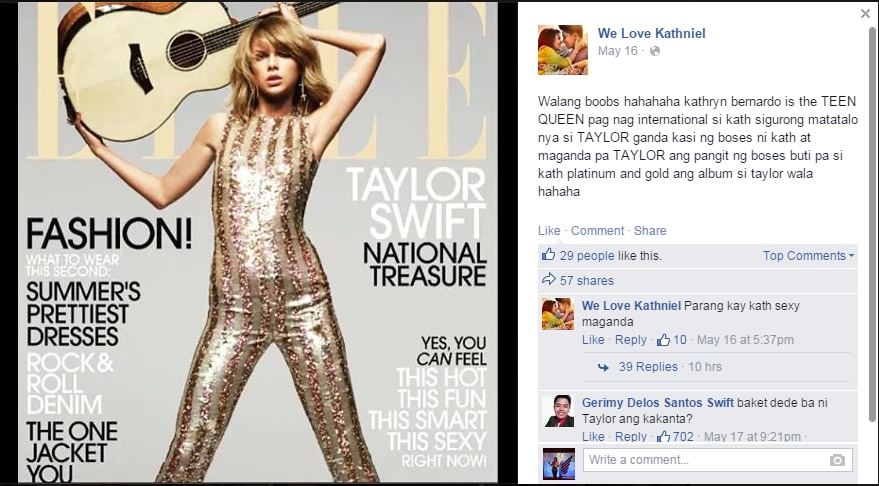 The hashtag #StayStrongKathnielFans remained on the top spot of the top trending local topics on Twitter on Tuesday evening and until the wee hours of Wednesday morning.
The reason behind this was the outpour of support from active Kathniel fans, offering words of encouragement and advice for each other and called on the reporting of the said Facebook fan page. Turns out the Kathniel fans had a “cyber collision” of sorts with the local Swifties or fans of Taylor, who might have seen the condescending memes. It may be recalled that this is not the first time that the Kathniel supporters had to face bashing from other fandoms.
Just last month, the phrase “stupid ugly kathniel fans” also trended worldwide after supposed Kathniel fans bashed international performers namely the One Direction, 5 Seconds of Summer and Taylor.
The Pangako Sa’Yo actress for her part is a confessed Swiftie herself as she even gushed about her experience during Taylor’s concert in the country last year.