The actress says her boyfriend is hurt by what Annabelle Rama is saying. 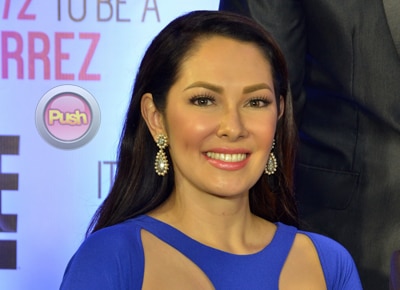 In an interview by showbiz site PEP, Ruffa Gutierrez says she has already talked to her mother in private about her Twitter rants.
This is in regard to Annabelle Rama calling her a ‘certified sugar mommy,’ tanga’ and ‘bobita’ because of her taste in men. Ruffa is currently dating Jordan Mouyal, a French-Arab businessman.
“Sanay na ko, it’s always been the same story since I was 15 years old,” Ruffa commented in the report.
Although Ruffa says her boyfriend is hurt by the things her mother is saying, he chooses to keep quiet and respect Annabelle.
Celebrity