Women in the workforce: A look back on the “Working Girls” 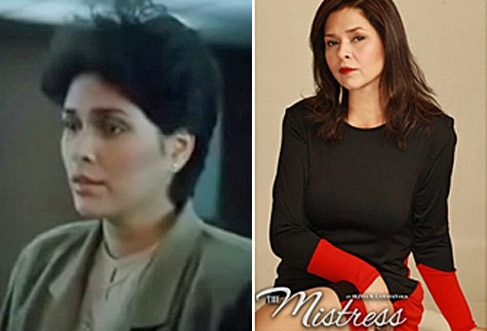 Women are an essential part of the work force. In the 1984 movie Working Girls by Ishmael Bernal, he has made characters that paint women as family oriented yet they are also hard workers and forces to reckon with.
Today on Labor Day, let’s take a look at what has become of the actresses who portrayed Carla, Isabel, Nimfa, Rose, Anne and Suzanne.
Hilda Koronel portrayed Carla, a high ranking officer at Premium Bank in the film. The actress is now based in Los Angeles and happily married for 13 years to Filipino-American businessman Ralph Moore Jr., Hilda took a break from show business for seven years and did one movie recently, the Star Cinema film The Mistress, which was directed by Olivia Lamasan and starred John Lloyd Cruz, Bea Alonzo and Ronaldo Valdez. She mentioned in an interview that “I am now just a regular housewife and semi-retired.” 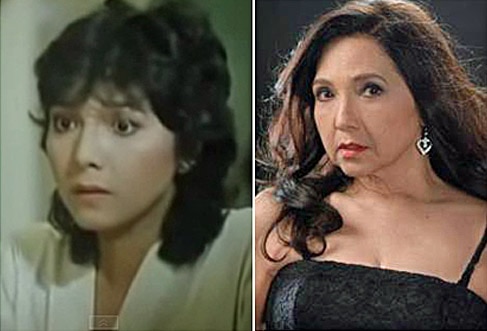 Chanda Romero played the conflicted Anne in Working Girls. Anne may not be as financially troubled as the other girls but her marriage is falling apart, as her husband is insecure about her success. In real life, Chanda is now happily married to her boyfriend of seven years, Jose Mari "Mayi" Alejandrino. One of the respected actresses in the industry who has been in the business for the past 42 years, Chanda is currently part of the GMA show Pari Koy which stars Dingdong Dantes. Carmi Martin played the role of Suzanne, the seductive secretary in the film. She used her body as a means to land a rich and influential husband. Today, Carmi is still very much active in showbusiness and was recently seen in a Maalaala Mo Kaya episode. Her characters in movies such as In The Name of Love, No Other Woman and Four Sisters and a Wedding because of her quotable quotes and lines. Maria Isabel Lopez was Rose, the office receptionist who owed people in the bank a lot of money because of her expensive lifestyle. A former Binibining Pilipinas beauty titlist, the actress still takes on acting jobs once in a while, like the role of Jericho Rosales’ mother in the teleserye The Legal Wife.  She is active as a painter and is a member of the National Commission on Culture and the Arts. Her daughter Mara, is following in her footsteps as a notable actress. Gina Pareno played the role of single mother Nimfa, who sold jewelry as a sideline to other bank employees in the movie. In an article about Gina, she mentioned about her childhood ambition of wanting to be an actress, when her mother was a ticket taker at the Mayfair Theater, Avenida, Manila. "We didn't have a TV then. I really just wanted to act. It was in my blood. When I was home and Mommy was at work, I was free to act as much as I wanted on the street corners." Gina has remained active in showbusiness and has had outstanding roles in ABS-CBN teleseryes such as Coco Martin’s grandmother in the series Juan Dela Cruz. She is currently part of the GMA drama Let The Love Begin. Rio Locsin was Carla’s naïve secretary Isabel in the movie, who was secretly in a relationship with a bank officer, who later on gets her pregnant. Rio was last seen on ABS-CBN as Angel Locsin’s mother in The Legal Wife and Coco Martin’s foster mother in the series Ikaw Lamang. The actress is married to former basketball player, Padim Israel. She had 3 daughters, Paula & Jabba (daughters from previous marriage to Al Tantay), and youngest daughter Joses. She is reportedly cast in the upcoming remake of Pangako Sa’Yo which will star popular love team Kathryn Bernardo and Daniel Padilla.
Celebrity