Maxene Magalona is enjoying singlehood as of the moment. 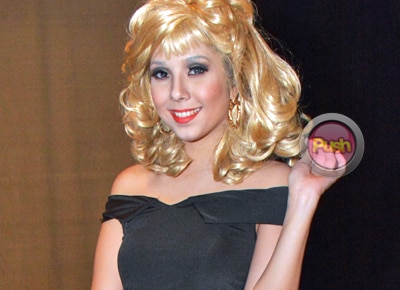 Returning Kapamilya Maxene Magalona recalled that her being linked to her Your Face Sounds Familiar co-performer EA Guzman started during their show’s press conference last month.
During her live appearance in The Buzz on Sunday, April 5, Maxene clarified that they are not getting cozy with each other.
“No we’re just working together,” clarified Maxene.
It was host Toni Gonzaga who mentioned that EA actually has a girlfriend whom he took on a date to watch You’re My Boss.
Maxene, who apparently has had a boyfriend since she was 17, claimed that she’s now enjoying being single despite the fact that she’s turning 30 next year.
“Well ‘yun na nga, I was in a relationship since I was 17 na one after another. I guess I wasn’t loving myself that much before and now that I’ve been single for almost a year, this is the longest time, I can really say na I’m very, very happy,” she explained.
Maxene claimed that’s she’s very happy as of the moment that she’s actually focusing on herself right now and not on the fact that she’s already in the “marrying age.”
“‘Yun kaya when it comes to marriage hindi ko pa talaga siya iniisip. Kasi never pa naman talaga ako nagkaroon ng time for myself ever since I was younger,” she explained.
She also added, “So I can’t really say na porket mag-30 na ako next year na kailangan may pressure ng isipin ko ‘yun. Kasi kakakasal lang ni Saab [Magalona] noong January and I was there and I was a witness of their love and sabi ko ‘This is it. This is why God has showed this to me, this wedding kasi para makita ko na if it’s not going to be like this I won’t settle for anything less.’ And if wala pa ‘yun for me, then okay lang ‘yun sa akin. True love is worth the wait.”
But of the many boyfriends that she has had in the past, was there anyone that she hopes to have a second chance with?
“Wala talaga, wala talaga. Kasi I’m the type na in a relationship, I really try everything to make it work and if hindi na talaga then maybe it just wasn’t meant to be. So, ayoko nalang ipilit. Ganon na lang,” Maxene said.
According to Maxene, she’s not also the type to regret whenever a relationship ends because “marami naman tayong natututunan with everything and that’s the most important thing. That’ the most important thing kaya wala akong ni-re-regret.”
WATCH: Maxene at Edgar Allan tinutukso sa 'Your Face Sounds Familiar' na bagong love team na EMax
Celebrity