Anne Curtis thanks ‘The Gifted’ director for making it to Italy

Anne Curtis attributes the success of ‘The Gifted’ to director Chris Martinez. 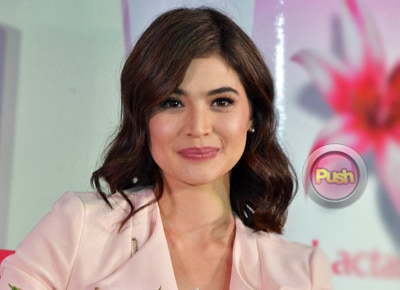 Anne Curtis is currently in Udine, Italy for the Far East Film Festival. The actress is representing the movie The Gifted in the said festival alongside its director Chris Martinez.
Anne took to Instagram to thank direk Chris for what their movie has been able to achieve. “With THE Gifted director, @iluvchrism ? Thank you for creating such a clever script which brought us all the way here. Ikaw na talaga ang tunay na genius! ?? Congratulations Direk. Love you!!!!” Anne wrote. Anne plays the role of Zoe Tuazon in the movie opposite Cristine Reyes who plays the role of Aica Tabayoyong.
The movie had its screening last April 26, 2015 at the film fest. The Princess of All Media wore a Filipino-designed gown to the said event. “Chose to wear this gorgeous dress by filipino designer @vaniaromoff to the screening of The Gifted last night. ? #TheGifted #FEFF17 #Udine #Italy#FarEastFilmFestival,”34 she posted.
Celebrity