Jopay Paguia admits she had a miscarriage

Jopay Paguia reveals that she suffered a miscarriage. 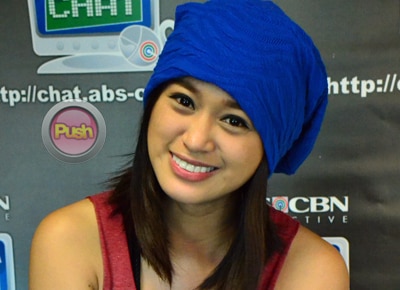 Jopay Paguia recently revealed that she had a miscarriage. The dancer-actress shared on her Instagram account that she found out on March 14 that the baby she had been carrying for two months was gone. "At 12 noon march 14 during the Ultrasound, we found out na wala ng Heartbeat si Baby, at first di namin ma accept because All we know na everything was normal [sic]," she posted.
Jopay said that she slipped last March 13 which subsequently led to bleeding. She was rushed to the hospital and the ultrasound showed that her baby's heart was not beating anymore. "Na-off balance ako the other night ( march 13 ) and found out na may bleeding ako after 2hours, so we rush to the ER and after checking it they sent us home. After sleeping for 4hours i woke up and still may bleeding pa din ,so we had to rush back to the hospital. And after the Ultrasound it was announce na wala ng Heartbeat ang baby," she said.
She further shared that the physician said that the baby might have had a genetic defect. "Kase mahina ang kapit pero mataas naman daw ang bata , baka nga blessing in disguise pa pagkawala ng bata kase sakit ng katawan ko halos 1 month na din parang hindi normal sa buntis."
Jopay is now slowly recovering and she remarked that things are going back to normal. "Now little by little nagiging ok na muli ako, Only God can restore everything back to Normal. He will make all things New and refresh. Its all a matter of Trust. God is our Refuge. Thank you for all your prayers. God bless us all. No worries i'm ok na.”
She added that she is putting her trust in the Lord. “Things happen for a reason, and only God knows everything, sometimes we can only ask, and the best answer we get is God's love never fails, never gives up. He remains faithful.”
Jopay had revealed in a previous interview with Push.com.ph that she was pregnant and that she was considering being a full time mom when the baby came out. “Ako naman married nong June lang at ngayon preggy ako, mag two months siya . Yung napag-usapan namin ng husband ko, hangga’t kaya ko magwo-work pa rin ako pero siyempre hindi ko hahayaan na mapapabayaan ko ‘yung magiging baby ko kasi first baby ko siya so kung mahihirapan naman ako pag hindi ko kaya pag-uusapan namin ‘yung dalawa,” she stated.
Celebrity