Mo Twister believes Manny Pacquiao should leave out God in his fight with Floyd Mayweather. 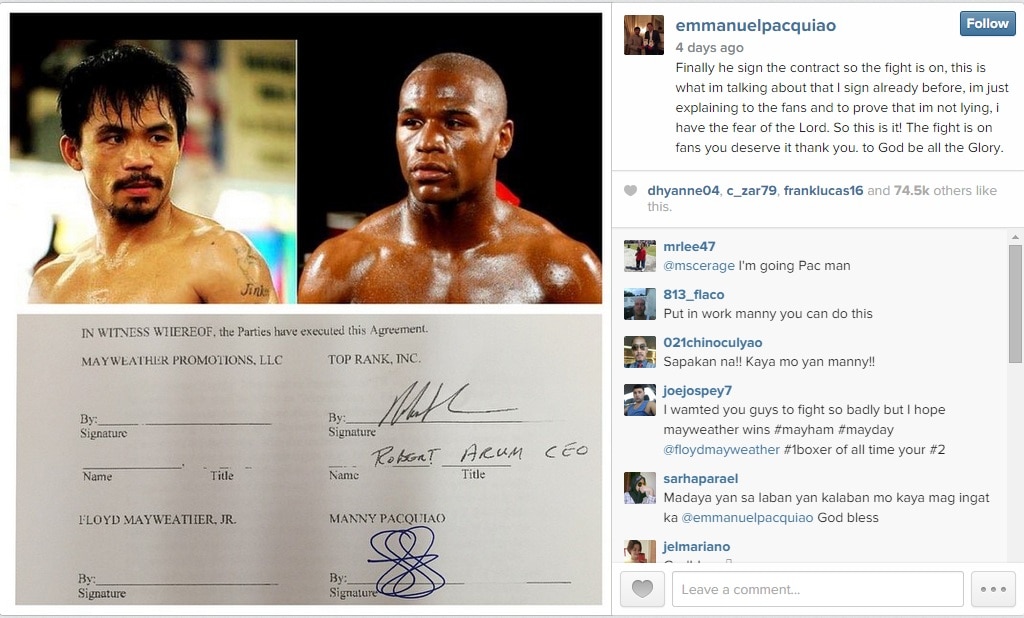 Mo, took to his Twitter account on February 21, to chastise the Saranggani congressman.
“First of all, as a sports fan, thrilled about the @FloydMayweather @MannyPacquiao fight! But for Manny to say Glory to God that the fight is on, yet it's a barbaric form of entertainment wherein you hurt humans in exchange for massive wealth, doesn't make sense,” he began.
Then Mo added, “You hurt people for a living, to be rich, for pride (ours and yours) so leave shouldnt [sic] God be left out of it?”
While there were those that agreed with the blunt DJ’s comment, there were a number who thought that his comment was unnecessary.
“How bout u just shut up and be happy that the fight is finally on dang u find negativity in everything,” said one commenter.
Another one pointed out Mo’s supposed “self-righteousness” and said “stop being so self-righteous, you're becoming like those rich politically correct spoiled brats you often hate. #sellout be not.”
Another follower meanwhile hit below the belt and commented, “Ikaw naisip nyo din ba ni Rhian (Ramos) ang Diyos habang pina A nyo ang baby nyo?” (This was in reference to Mo’s revelation that Rhian had an abortion.)
The touted mega fight between the eight-division boxing champ and the undefeated five-division champion will happen on May 2 at the MGM Grand Arena in Las Vegas.
Reports have it that tickets for the bout are already almost sold-out four days into the announcement and are now being sold at a much higher rate.