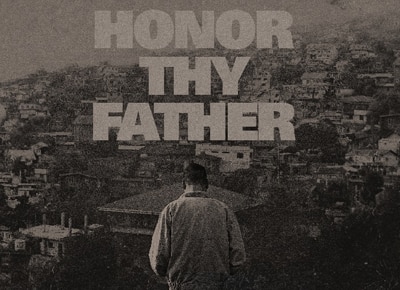 For years, the annual Metro Manila Film Festival has almost always limited itself to formulaic films that fall into the drama, comedy, romance or horror genre. This year, Erik Matti’s Honor Thy Father (originally Con Man) brings in something really bold that not too many viewers see in the mainstream scene, much less during the MMFF season.
As a film that was not originally part of the MMFF line up, Honor Thy Father only got to be part of the main roster after the withdrawal of Gil Portes’s biopic Hermano Pule.
Set in Baguio, the film stars John Lloyd Cruz as Edgar, a husband to overly religious wife Kaye, played by Meryll Soriano. Apart from being a teacher, Kaye is part of an investment business that is owned by her father. As one of the most zealous members of their church, Kaye was able to recruit a number of their members to shell out huge amounts of cash for her father’s company.
But things suddenly turned awry after she failed to return all the expected money of her church-mates at the time she promised.
This incident led from one misfortune to another that revealed the type of people that her church-mates really are and the type of people that she unfortunately owes millions to. Just when their family faces danger, Edgar steps in to resolve the issue and to take matters into his own hands.
To be able to do that, Edgar had to go back to his family in Bontoc and recruit them to pull a heist. Turns out, Edgar, along with his brothers played by Khalil Ramos, Boom Labrusca, and Dan Fernandez, are formerly part of the notorious Acetylene Gang.
Their target is the palatial church where he and his wife attend service in order to settle the P6million debt with his wife’s kidnappers.
Just like his 2014 highly-acclaimed yet controversial film On The Job, Direk Erik has once again tackled two relevant and sensitive issues in the country today: that of investment scams and the increasing power of religious groups and organizations.
Direk Erik, with the help of writer Michiko Yamamoto, were able to paint how, in a way, investment scams and being part of such kind of church are almost one and the same in terms of getting money from their members or recruits. Alongside that, they also shone the spotlight on the dismal reality as to how money and greed brings about the worse in people, regardless of their stature, education and religion.
The movie had a totally different John Lloyd, to say the least. So much so that if you’ve seen the recent box office hit A Second Chance lately, you might feel that there are two different people acting in both films.
John Lloyd has done a 180 from the character that a lot of people know him by—that of a loving and romantic boy next door.
The way Direk Erik included John Lloyd as a mischievous member of an Acetylene Gang added more reason why a lot can say that the film has a totally different JLC. There’s not even a scene where John Lloyd looks crazy in love or even happy. At best, he looked like a person trying to hide pacify his intense emotions about all the things going on around him. But at worse, he looks like a deranged killer waiting for his next victim.
Honor Thy Father is not your typical MMFF family film where you can expect a lot of laughter or tears. But, if you have long been wanting to see John Lloyd do something far from what he usually does or for MMFF to have a film that’s a far cry from the usual type it showcases, then Honor Thy Father is definitely worth watching.
Celebrity