MMFF says ticket-swapping accusation is baseless and asked for people to be responsible on what they post online. 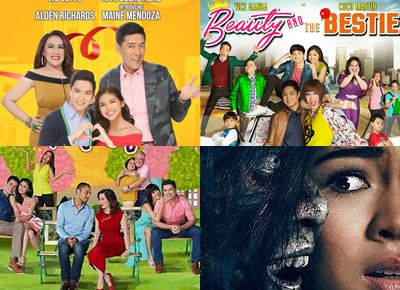 Thousands of moviegoers flocked to the cinemas during the opening day of this year’s Metro Manila Film Festival last Christmas day as reported by MJ Felipe on TV Patrol Weekend last Saturday night, December 26.
According to the Metro Manila Development Authority which organizes MMFF, the event which featured eight local films earned an accumulated P150 million during its first day.
Moreover, the report said that Beauty and the Bestie, My Bebe Love, Haunted Mansion and All You Need is Pag-ibig, in no particular order, made up the list of top four earners. However, no specific breakdown of box-office sales was disclosed to protect other movie entries.
Meanwhile, the MMFF committee, who will hold its annual awards night on December 27, denied the accusation of ticket swapping which a moviegoer claimed on social media.
Here is the committee’s statement on the issue:
“The Metro Manila Film Festival, after looking into the ticket swapping issue, strongly denies the existence of such and is enjoining all the stakeholders of the Festival to be responsible in expressing their sentiments, especially on Social Media. The objective of the MMFF is to promote the local film industry and this baseless issue will only sideline the true intent and purpose of the Festival. Let;s continue supporting all entries of the MMFF 2015.”
Celebrity