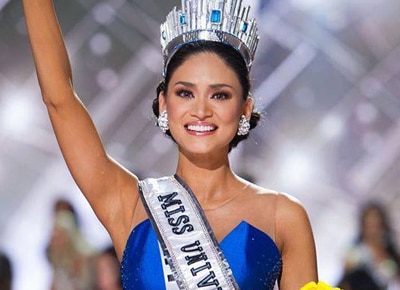 After flying to New York City yesterday to being her reign as the 2015 Miss Universe, Pia Wurtzbach sent a Christmas message via the Miss Universe official Facebook page.
In the post, Pia thanked her supporters from around the globe, specially the Filipinos who voted for her online.
She also mentioned Miss Colombia Ariadna Gutierrez, who was part of the Miss Universe announcement of winners controversy last December 21 in Las Vegas, Nevada. Pia wished her well and she represented her country with honor and pride.

Pia also called out to warring fans of the country online and asked them to stop fighting as it completely defeats the purpose of the pageant.

In the end, she wished everyone a happy holidays and said she is looking forward to a great year ahead.


Wow. Words can't describe how grateful I am for this. It was quite a journey getting here with 3 attempts at winning...