Piolo Pascual, Dawn Zulueta, and Coleen Garcia to star in a movie together 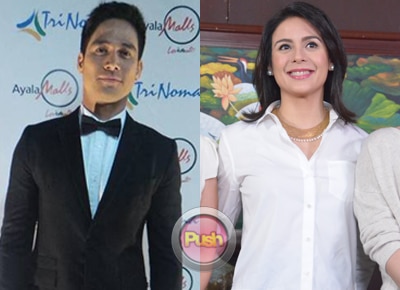 For the first time, Kapamilya stars Piolo Pascual, Dawn Zulueta, and Coleen Garcia will star together in a movie directed by Director Gino M. Santos.

Talking about their characters, Coleen said that she will play the role of a socialite who will cross paths with Dawn and Piolo’s characters. “Somehow, we develop a friendship and that friendship, it kind of revolves around our professions as well. We work hand in hand at what we do. At the same time, I have a… it’s not really a relationship, it’s something that does not have a label, some kind of a connection with Piolo’s character as well. It’s going to somehow, all the way from different generations, our characters will cross paths,” she said.

However, all that will change when he meets Dawn’s character. “Until he crosses paths with Ms. Dawn’s character, that’s when he starts to change and find some meaning to life. Parang she gives him a reason for living and at the same time, parang siya ‘yung maglalagay ng kulay sa mundo niya.”

Dawn plays the role of a married fashion designer. “Dahil sa kanyang career, she meets the characters of Coleen and Piolo and from there, a wonderful story is told,” she briefly said.

The cast members also expressed excitement over the fact that this will be their first time to work altogether in one project. Coleen said, “I’m really looking forward to learning a lot from them since I’m a lot newer in the industry.”

While Coleen shared that this is her third time working with Direk Gino (who also directed her movies, #Y and Ex with Benefits), Dawn, on the other hand, said that this will be her first time to work with a director who is younger than her. “I’m quite excited about that,” she said.
Celebrity