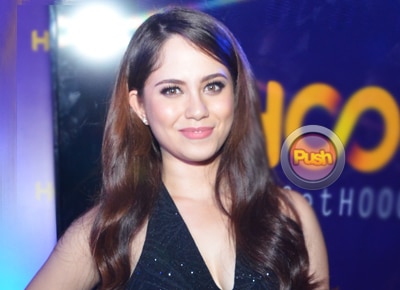 Jessy Mendiola finally spoke up about the reason of her break-up with actor JM de Guzman. In an interview at the press conference of Banana Sundae, the actress remarked that they decided to part ways because they needed to focus on their respective priorities.
“Siguro we’re in the position where we would like to prioritize other things. We really think that our relationship basically won’t help with our respective focus and priorities so napag-usapan naman namin na it’s better na huwag na lang muna,” she said.
Did she experience falling out from the relationship when they were still together?
“Ako wala akong falling out. Alam mo ‘yung siguro may certain time na darating na mas magiging okay ako. Siguro ngayon it’s God’s way of saying na ‘You need to prioritize other things more than this,’ so nandon ako, sumusunod lang ako sa daloy na kung ano ang nangyayari sa akin. May mga bagay talaga na pag sinasabi mong hindi talaga para sa’yo, huwag mong ipilit,” she stated.
WATCH: Jessy speaks up on breakup with JM
Despite the fact that they are not in a relationship, Jessy shared that they still communicate.
“We’re okay, we still talk and I would like to believe that we are still friends. And the people are saying why? Kasi I love him. I do,” she said.
Jessy remarked that she loves JM mainly because the actor has always believed in her.
“Kasi siya talaga ‘yung taong naniniwala sa akin, dati pa.”
What’s the best thing about JM?
“He’s an amazing person, he’s very talented, he’s very loving and passionate and I think that’s why I fell in love with him. He’s a very passionate person.” When asked if there is a chance that they will be getting back together, she responded, “I don’t know, I really don’t know. I don’t want to answer na parang alam ko ang lahat but I don’t.”
With various intrigues and rumors circulating about JM, Jessy said that she is not in the position to speak on his behalf. “I really can’t speak for him kasi I rarely see him,” she stated.
Celebrity