EXCLUSIVE: Jason Dy on singing the theme song of “Be My Lady”: ‘Sobrang nakaka-pressure’

Jason Dy says his life changed a lot after winning “The Voice Season 2.” 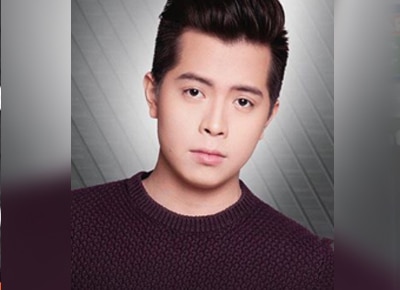 Jason Dy excitedly shared that he will be singing the theme song of an upcoming Kapamilya soap opera. “I have an upcoming teleserye theme song starring Daniel Matsunaga and Erich Gonzales, Be My Lady. It’s a new take on the Martin Nieverra classic Be My Lady so sobrang nakaka-pressure din kasi after Martin Nieverra, ako ‘yung [gagawa ng] version so I have to do my best pero I say hindi ko naman matatapatan ‘yung version ni sir Martin kasi ‘yon na ‘yun eh but I hope people will also like what I did on the song,” he said in an interview with Push.com.ph.
The singer remarked that he also feels honored to have been given the opportunity to sing the classic song for the show. “It’s a huge honor and a huge compliment as well kasi it’s a privilege eh. Sa dami ng singers dito sa industry natin ako napili na kumanta ng isang iconic na song. So super humbling and I’m very excited for people to hear and see the teleserye,” he said.
Jason said that his life changed enormously after winning The Voice season 2.”Siguro before winning The Voice my goal was you know the normal, finish school and have a job and have a business, pero after winning The Voice, maraming doors ang nag-open, maraming opportunities ang dumating so ‘yun I get to do what I want to do and I get to make people happy and inspire people with my music, ‘yon ‘yung malaking nagbago.”
With the many blessings that has come his way after winning the competition, Jason shared on what he thinks is the secret behind his success. “Siguro hard work, dedication and ‘yung hunger ko for it because I always wanted to be part of the industry, to have a singing career and I’m also very thankful with the amount of support that I’ve been getting, napaka-solid ng mga fans ko, so siguro I get it from them and also from friends, family, siguro ‘yon ‘yun and the mixture of hardwork and dedication.”
Photo credit to Jason Dy's instagram account
Celebrity