The young Kapamilya actress reiterated the importance of family. 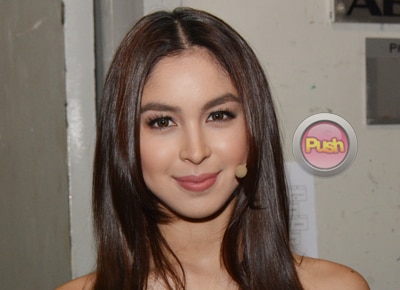 In an interview with PUSH.com.ph, young Kapamilya actress Julia Barretto shared what she learned from her Maalala Mo Kaya episode that aired last Saturday, November 14.
Julia’s character played a fraternal twin sister to teen star Janella Salvador. In her own words, she described the episode as a “very light” one portraying a “very bonded” set of twins and how they survived a personal trial together.
Julia, in a post on Instagram, also said how happy she is with her first project with her fellow ASAP It Girl.
“‘For there is no friend like a sister’ This is our first TV project together and there is no one I would have rather done this with,” Julia posted.

When PUSH asked what she learned from the story, the teen actress answered, “That no matter what, family is more important than anything else and that importante talaga na magtulungan ang mga magkakapatid.”
Julia’s next project is her upcoming teleserye with Miles Ocampo, Inigo Pascual and PBB 737 ex-housemate Kenzo Gutierrez titled And I Love You So.
Celebrity