Manny Pacquiao will run for the Senate

Boxing Champ and Sarangani Representative Manny Pacquiao has announced his intention to run for the senate. 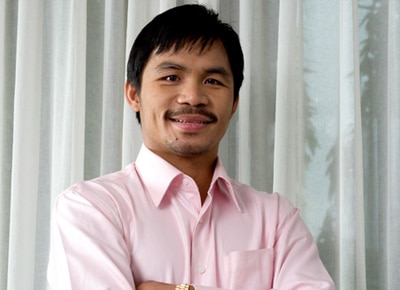 Boxing Champ and Sarangani Representative Manny Pacquiao announced yesterday, October 5 that he will run for senator in the 2016 elections. According to the ABS-CBN News, Manny has not yet joined any political party for next year although he is currently under the United Nationalist Alliance (UNA) party.
“Yes, I'm going to run for (a) Senate post this coming 2016 election. But as to which party, that's still to be determined,” Manny said.
Manny also said that the Liberal Party headed by President Benigno “Noynoy” Aquino III would welcome him if ever he chooses to be in the LP.
Celebrity