Sharon Cuneta opens up about her sex life 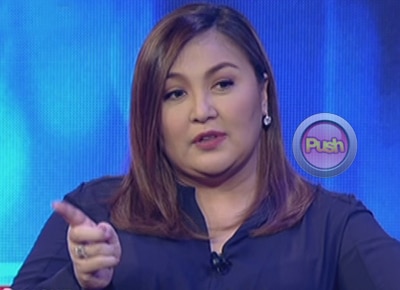 On Tonight with Boy Abunda, Megastar Sharon Cuneta candidly answered some question on Fast Talk.
First off, she answered who between two of her exes Richard Gomez and Gabby Concepcion she would choose. Sharon said, “Gabby was from a different time in my life. Richard was from a later time so I was more mature and now I’m even more mature. So there were two different kinds of love I had for each of them. I think I was more patient with Richard, it’s also the longest relationship I had, but I appreciate Gabby now more than before.”
Asked if she ever questions herself why she’s still “doing what she’s doing,” Sharon admitted, “Not question. I am sometimes resentful but I love what I’m doing. I just didn't imagine I’d still be doing it at this point in my life.”
The actress also revealed owning 56 kindles and almost close to half a million books.
The Megastar also said that if she were to choose among young matinee idols now to be her leading man she would choose Daniel Padilla.
Sharon also chooses sex over chocolates. “I’m a very sensuous and sensual person. I am very passionate. You will never see it in my movies but I’m very…”
Sharon even reiterated, “Sex. I have sex. Surprise.” She prefers lights off to lights on because he she and her husband Senator Kiko Pangilinan could pretend to be Brad Pitt and Angelina Jolie she joked.
Celebrity