On which Etiquette for Mistresses character does Chito Rono want to do a spin-off?

Director Chito S. Rono says that he wants to do a spin-off of Claudine Barretto’s character Chloe if given the chance. 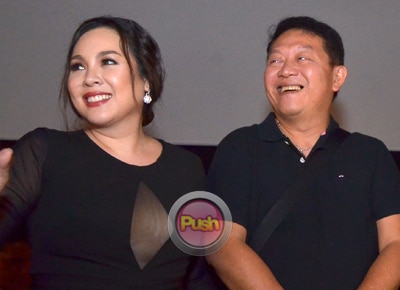 In a bloggers conference with veteran director Chito S. Rono for the film Etiquette for Mistresses, he revealed that he wants to do a spin-off of actress Claudine Barretto’s character Chloe if given the chance.
“Maybe Claudine’s character. She’s the fiery one, she’s the modern one so maraming mangyayari sa character ni Chloe kung tutuusin, kung gugustuhin niya. Siya ‘yung pinakamatapang sa lahat,” he said.
Earlier, he said that if the movie, which was based on Jullie Yap-Daza’s book, was done 15 years ago, “We wouldn’t have the Claudine character that way.” “Siyempre we have to move with the times,” he added.
When asked how modern the five main characters in the movie are and how women can relate to them, Direk Chito answered, “They’re all very modern. Career-oriented, they’re successful in what they do and they all have successful careers. I think that’s what very interesting about this movie, is that nobody needs the money.”
Celebrity