John Lloyd Cruz is not afraid of becoming ‘laos’ 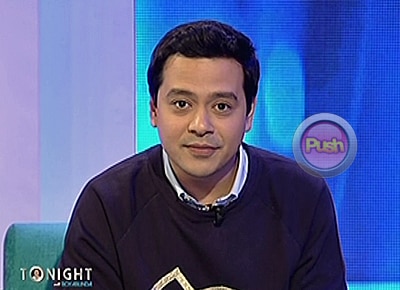 On Tonight with Boy Abunda, one of the stars of the upcoming movies Honor Thy Father and the highly anticipated A Second Chance, John Lloyd Cruz talked about his journey as an actor.
The handsome actor, popularly known as Lloydie, admitted that at times he has thought of leaving the showbiz industry.
The actor shared, “Oh, wow, yes. Hindi ako magsisinungaling, I mean, hindi ako magpapaka-ipokrito. Kasi it’s life’s natural cycle, and you don’t go against it, you don’t argue with it. And siguro sa amin, sa aming mga artista, humihirap lang because mayroon kaming commitment lagi. Mayroon kaming kontrata, mayroon kaming nasagutan, mayroon kaming commitment sa audience, sa network, and to myself. But if I would honor myself more than the rest, baka mas madalas akong nagwa-walk away. Because walking away, meaning hindi naman para talikuran lahat, or iwan. Sometimes you just have to walk away para pagbalik mo recharged, okay ka.”
Straigh up Lloydie was asked, “Takot ka bang malaos?”
The actor replied, “Hindi, kasi hindi naman yun ang pinunta ko dito.” He added, “It’s my love for the craft, and that’s it. It has been taking me to places I’ve never been to. Yung nabigay niya sa akin, yung impact niya sa buhay ko, ever since parang magmula Tabing-Ilog days pa, malinaw na sa akin yun.”
If he had the power to change one thing in the showbiz industry, Lloydie said that it would be to allow the open-mindedness of the people to surface, to experience something new.
On the subject of being open to various conceptions, the he was asked hypothetically, “Kung naging bakla ka, sino ang gusto mong maging?”
“Ang talagang hindi ko makalimutan ay si Harvey Milk; for his bravery and courage, and a very passionate lover.”
When asked if he prefers sex or chocolates, the actor comically answered, “Chocolate po.” After which he was asked, “When was the last time you lied?” He replied, “Just now.”
Celebrity