EXCLUSIVE: Liza Soberano reveals her ultimate goal as an actress 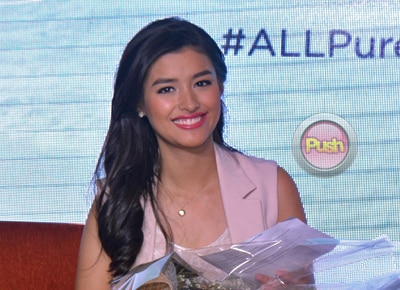 For Liza Soberano, bagging an award is her ultimate goal as an actress. She remarked that she thinks the ultimate sense of fulfillment as an actress is to get recognition for the work she’s done in the industry.
“The fulfillment of an actress is once they get an award or they are praised for their acting and I hope to get that one day before I finished this career of mine. I do want to get an award. I want to experience all the different genres in a movie. Siguro yun lang talaga [ang goal ko],” she said in an interview with Push.com.ph.
Is she open about venturing into music also like her other peers in showbiz? “Well, if given the opportunity, siguro, yeah. When I was little I used to write my own songs. I have one song that I wrote actually. If I am to do an album I would like to do something that’s coming from the heart. More of what Taylor Swift does,” she said.
The actress is set to celebrate her 18th birthday and she shared her plans as she turns into an adult soon. “For my 18th birthday, I want to go to Paris pero hindi po kasama ‘yung daddy ko o tita ko parang I want to try to be an independent woman. I will be going with my best friend.”
As she is about to turn 18, Liza has no plans at all to do something drastic in her personal and professional life. “I don’t think of it because when you’re 18 you have to do something big just to say that you’re 18. Siguro it comes with time also becoming more mature and becoming more responsible,” she stated.
Liza has a message for her fans and LizQuen fans who are continually showing their support for her and Enrique Gil. “Thank you sa lahat ng nagmamahal sa akin ,sa LizQuen, thanks for always being there to support us even when we were up and down and sana po panoorin niyo ang Everyday I Love You this October 28 na po,” she said.
Celebrity