Enrique Gil is set to play a businessman in the movie ‘Everyday I Love You.’ 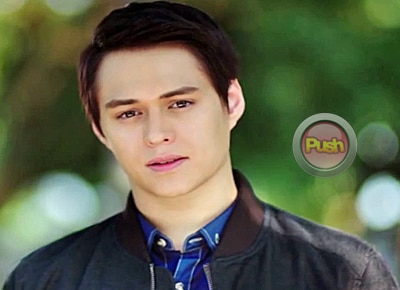 Enrique Gil is set to headline the upcoming movie Everyday I Love You with Liza Soberano. The actor exclusively shared with Push.com.ph that the shooting of their new movie is already in full swing. “We just came from Bacolod yesterday. The shoot is doing well naman. I want to finish everything as soon as possible para mapanood na ng mga tao. It’s a nice, nice story, ang galing ng director namin (Mae Cruz-Alviar) kaya abangan niyo,” he said.
The actor’s last TV role was as Xander in the hit soap Forevermore which was followed by his role as Drake in his movie with Liza Soberano titled Just The Way You Are. According to Enrique, his character in his new film is far different from the ones he played before.
He shared, “They wanted to make a character na sobrang different sa mga character na pinortray ko dati. They want to take out the ‘Enrique Gil’ ‘yung mga how you know me ‘yung mga biglang crazy movements, ‘yung mga kahit maglakad parang sumasayaw. They want to change all of that so they want me totally as stiff as possible.” He further shared that he will be portraying a big-time entrepreneur in the film which led him to do some major adjustments.  “Mostly ‘yung mga roles ko dati not serious guys, ito sobrang serious business man so sobrang iba so it’s a hard adjustment [pero] tinutulungan naman ako ng direktor,” he relayed.
In a previous Push article, Liza Soberano also shared an update about movie saying that a different LizQuen will be headlining the film. “’Yung movie nakakakalahati na po kami. exciting siya kasi ang daming bago, bagong Liza, bagong Enrique na makikita so excited ako.” Liza said that she will be playing a grown up woman in the film. “[It’s] more mature, way more mature kasi ang character ko don I’ll be portraying a 21-year old.”
Celebrity