Martin Nievera performs a duet with Eric Nicolas on ‘Your Face Sounds Familiar.’ 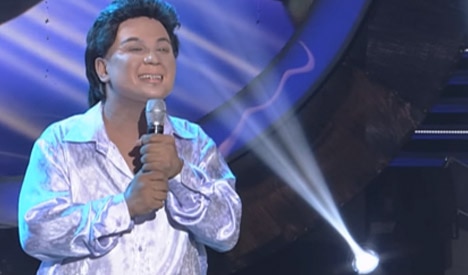 Funnyman Eric Nicolas, who entertained the audience with his impersonation of Martin Nievera, was surprised by the Concert King himself on Your Face Sounds Familiar season 2 last Saturday, October 17.

Resident jury members Gary Valenciano and Jed Madela, as well as mentors-turned-guest judges Teacher Georcelle Dapat-Sy and Teacher Annie Quintos, all applauded Eric for being able to transform himself into Martin, particularly with his voice. Eric sang the famous OPM hit, “Be My Lady.”

Eric was surprised when Martin suddenly went onstage to commend his good work. “Your face sounds familiar but your voice looks like mine,” Martin told Eric. Together, they sang a duet of the same song.

Likewise, netizens took to Twitter their reactions of Eric’s performance.