Chito Miranda on 2M offer to endorse a presidentiable: ‘My integrity is intact’

Chito Miranda weighs the platforms of the Philippine presidential candidates before choosing his bet. 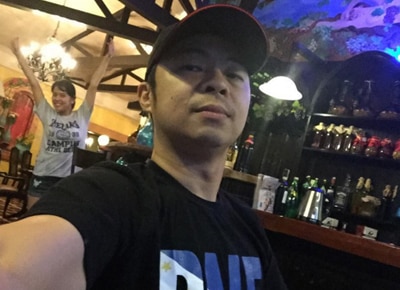 Parokya ni Edgar front man Chito Miranda took to Instagram to share his thoughts about the leading presidential candidates. He first mentioned that Vice President Jejomar Binay’s son-in-law and DILG Secretary Mar Roxas are his good friends but said this is not about camaraderie but “It is about who I think is most capable of improving the current state of our country.”
Chito recently mentioned on his Twitter that he was offered two million pesos to endorse a presidential candidate by tweeting his/her name but turned down the offer because he was only willing to support either Mayor Rodrigo Duterte or Senator Miriam Defensor-Santiago for free.
However, he changed his mind when Mayor Duterte didn’t file for a candidacy and he’s no longer sure about Senator Santiago after she chose Senator Bongbong Marcos as her running mate.
Staing that he is not a political analyst, he said, “I also don't understand why I was offered that much because I'm pretty sure that my opinions aren't worth P2M. But my integrity is intact, and people are aware of that, and that is worth a lot more than 2 million bucks.”
Chito reminded the netizens to do some research about the plans of the candidates and not just rely on what they see in the social media.
“Anyway, it's time to do some research and to listen to what their plans/platapormas are. And when I say research, I mean going beyond what is seen on Facebook, Instagram, and Twitter. I strongly suggest that you do, too. Hindi yung pipili ka kung sino iboboto mo based on what you see on social media. Hindi rin importante na malaman nyo kung sino ang iboboto ko. Ang importante, alam nyo kung sino ang iboboto nyo at kung bakit,” he wrote.
Celebrity