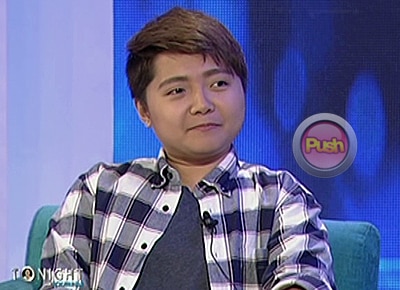 On Tonight with Boy Abunda, Charice clarified rumors that she has switched to a new music genre, metal rock.
This was prompted by a recent post of Charice on her Instagram account singing to the song “The Man Who Sold the World” written and sung by David Bowie, also performed by Nirvana.
“Definitely not metal rock,” the singer said. “I have to explain because I know it’s going to be a huge step for, not only for me but for everyone. Because I know that everyone is used to seeing me as, used to seeing the Charice that they, alam mo yun, na alam nila.”
The singer admitted that she’s been dabbling in different genres. “I’ve been experimenting, I’ve been exploring, I’ve been listening to different music, and I’m going to be honest with you guys. And I’ve been honest with you guys for how many years and, tonight I just want to say that I think I’ve finally found my sound.”
Furthermore, she said, “I’m not going to pressure everyone to like it. I just want everyone to listen to it. If, as soon as possible I’m going to start recording it.”
The singer then declared, “I know I that I want to do pop rock.”
For her fans who worry that this will be an entirely new “Charice,” she added, “Hindi ko aalisin yung boses na nagustuhan nyo. Hindi ko aalisin yun. I’m just going to put a spice into it. I just want to do something that katulad nga ng pinost ko. Because I don’t want to die knowing na hindi ko magagawa yun, at alam ko sa sarili kong yun ang gusto ko.”
Boy Abunda interjected, “and that’s your sound.”
“That’s my sound.”
Charice promised to share something new with her fans soon. “If not this year, early next year,” she said.
Celebrity