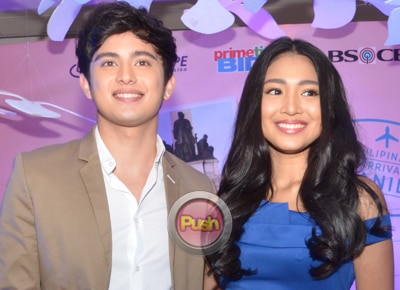 Neither James Reid nor Nadine Lustre bagged the Best Southeast Asian Act award in the upcoming MTV Europe Music Awards 2015. It was announced yesterday, October 15 that the winner of the said category was an artist from Vietnam named Son Tung M-TP. The 21-year-old artist is described as “a multi-talented, passionate, and charismatic singer.”
Their scores were based from the online votes of their fans. Son Tung M-TP will represent Southeast Asia in the Worldwide Act: Asia category. Other contestants in the said category will be from Japan, Taiwan, China and Hong Kong.
As of the moment, James and Nadine are busy with their Primetime series “On the Wings of Love.”
Celebrity