Albie Casino on his relationship with Andi Eigenmann: ‘I’m over it, it’s the past’ 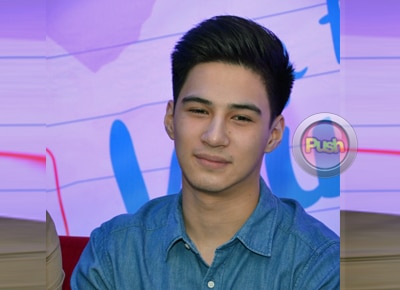 On Tonight with Boy Abunda, actor Albie Casiño, who currently plays the part of Diego “Jigs” Fausto on the primetime teleserye On the Wings of Love, was featured on the show’s segment of TMI or the Main Issue.
The actor is currently happy with the state of his career and is thankful for the second chance he was given. Although, he said he doesn’t want to say that his comeback is complete yet.
He said, “Siguro pag may show na after ng On the Wings, yun, okay na, pwede ko nang sabihing tapos na yung comeback.”
The actor was also thankful that he was able to overcome the controversy on his relationship with Andi Eigenmann.  He further explained his silence on the issue. “The only reason I was quiet about the incident was yung counterpart ko sa incident was a female, hindi ba. So parang as a guy, I don’t want to talk about a female in that light. I’m over it, it’s the past. I don’t dwell on it anymore. Right now I’m all about the present and the future.”
Celebrity