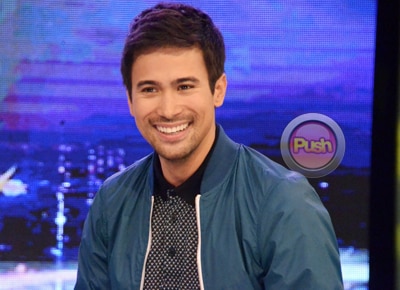 Today on Kris TV, guest Sam Milby admitted that he is currently interested in a non-showbiz girl, who happens to be a model. At first, he was still reluctant to give further details to Kris Aquino and Enchong Dee, reasoning out, “Pag natuloy that’s when I wanted to talk about this.”

Since Enchong’s girlfriend is a model, Kris asked her if it was because of him that he met the girl.

Sam also revealed that he met her through social media.

How did the conversation start?

“Siguro mga two weeks after, a week after [before I got her number]. We’re having a long conversation siyempre sa Twitter may character limitations ‘di ba so parang let’s just talk on WhatsApp or Viber. Text parin yeah.”

The last time he had a public relationship was with Anne Curtis and broke up last 2008. He described her as his ‘greatest love.’
Celebrity