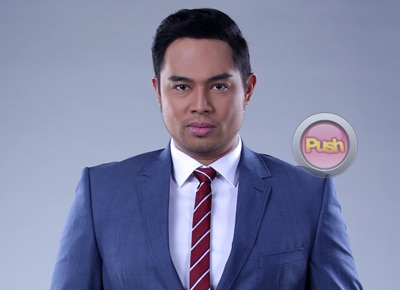 Jed Madela wasn’t able to contain his happiness over the continuing success of his concert titled All Requests.
In a recent exclusive interview with Push.com.ph, Jed proudly shared that his concert has had five repeats in Manila to date and has started with the provincial and world tours just a couple of weeks ago.
“Tinatapos lang itong series na ito ng All Requests. Actually tapos na ang Manila, limang repeat. And we already started with LA. We finished LA in July and then I’m doing Davao next week,” he started.
Jed added, “And then after Davao, I’m flying to the States to continue the All Requests tour sa Hawaii, Las Vegas and San Diego. And sa December sa Europe naman. February sa Australia and then we’re doing Canada sa summer.”
While he didn’t expect his concert to be received well, he has a simple theory why fans are continuously trooping to every single one of them.
“Ano bunot-bunot lang tapos kakantahin ko on the spot. People kind of enjoyed the concept. They enjoyed the concept of challenging me [to] sing any song. Eh ako naman game naman ako lagi para sa kanila,” he said.
What’s even getting the Your Face Sounds Familiar judge excited is what he’s embarking on after the All Requests tour.
The World Champion of Performing Arts world grand champion happily shared that he’s currently planning his “bigger” concert since it is something that he hasn’t done before.
Although he has no tentative date or venue yet, Jed already has a list of potential guests for the concert.
Since he said it’s tentatively called The Iconic Concert after the title of his latest album, Jed revealed that he plans to get all the icons.
“I hope maipon ko si Gary [Valenciano]. Martin [Nievera], Ogie [Alcasid], Janno [Gibbs]. All these icons like Regine [Velasquez-Alcasid], Lani [Misalucha], Lea [Salonga], you know just about anything or whatever. If it’s going to be in a video wall or a production number,” he said.
Apart from them, Jed also hopes to tap his of Champions “batch mates” namely Erik Santos, Christian Bautista, Mark Bautista, Sheryn Regis, Rachelle Ann Go, and Sarah Geronimo.
It would be a “dream come true,” according to Jed, if all the aforementioned guests would be able join him on his upcoming “bigger” concert.
Celebrity