The young star accidentally trips on her black ball gown causing a commotion on her way to the ballroom. 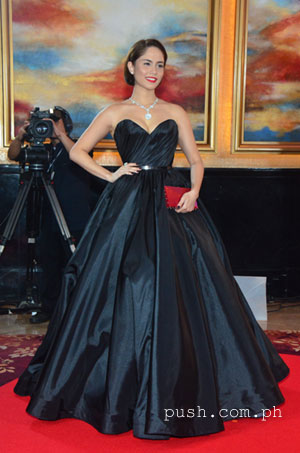 Single and ready to mingle, Jessy was among fellow actresses who opted to go solo that night like Erich Gonzales, Shaina Magdayao and Jodi Sta Maria.

However, the Maria Mercedes star tripped on her gown and fell on the stairs as she was on her way up to the ballroom. Jodi and other staff were quick to assist the young actress back on her feet. Jessy did not let this ruin her mood and let everyone know that she was ok.