Andi Eigenmann has yet to forgive Jake Ejercito over kissing photo

Andi Eigenmann confesses that she was hurt by Jake Ejercito’s kissing photos. 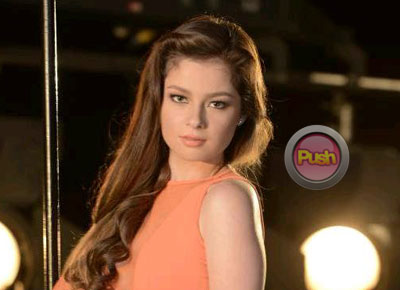 Andi Eigenmann didn’t mince her words about how she felt about a recent photo of Jake Ejercito kissing some girl that went viral. “Siyempre masakit pero wala tayong magagawa, it happened already,” the actress said in an interview with ABS-CBN News recently.
The former Dyesebel actress stressed though that they have already spoken about it. “So I know the story. I know what that was but still.”
Inasmuch as she wants to just forgive, forget and move on from that photo, Andi said she opts to keep it real and says otherwise. “When I was doing The Secret Affair lagi nila akong tinatanong about infidelity and ako sinasabi ko na parang yung love talaga, iba. Kapag mahal mo yung isang tao, kahit anong pagsubok na pagdaanan niyo, pagdadaanan niyo magkasama as long as you’re sorry, as long as you learn from your mistakes. I would really love to forgive. It’s just that I’m not ready,” she said.
Although she admittedly said that she was scarred by the photo, Andi has chosen to focus on other more important things especially since the incident came right on the heels of her father Mark Gil’s death.
“Nung nangyari po yun, ang inisip kong gawin was to not waste my time on something that doesn’t treat me of any importance. There are a lot of things that I’m going through, that’s more important to me and deserves my attention and my love. That’s where my focus is,” she explained.
But this is not to say that she has lost hope about her relationship with Jake. “Never say never because it’s always a matter of choice. If I want to fix things, if we want to fix things, we can. Pero I guess everything happens in its own time. Right now is not the right time.”
Jake for his part, has tried to win the actress back through a series of posts on his Twitter account.
But just a few days after he posted them, the son of Manila Mayor Joseph “Erap” Estrada deleted them from his account. This happened after photos of Andi with young actor James Reid surfaced online. (James has since denied that he was dating Andi and that his friend was the one interested in her. There are speculations that he might be referring to fellow Pinoy Big Brother Clash of 2010 alum Bret Jackson.)
What further sparked rumors was Jake’s sister Jerika Ejercito’s intriguing posts on her social media accounts which seemingly intended to take a swipe at an unnamed someone.
Celebrity