John Prats proposes to Isabel Oli in front of crowd

The actor does a flash mob at the Eastwood Mall and proposes to his long-time girlfriend. 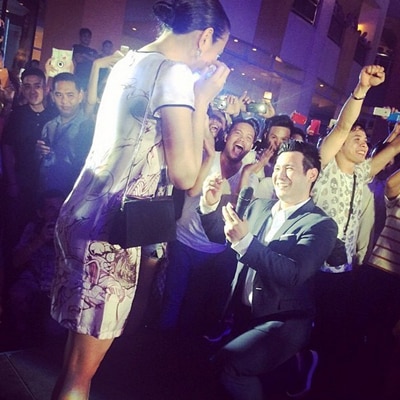 The much-awaited proposal of John Prats to long-time girlfriend Isabel Oli just took place this evening at the Eastwood Mall. After denying he already proposed to Isabel last January, John finally took their relationship to the next level by doing a dance mob and asked the actress to marry him in front of a huge crowd. Isabel was so surprised because she just thought they were out on a usual date at the mall.
Celebrity friends of the couple immediately took to Instagram to congratulate them.