On September 1, Filipinos were shaken at the news of actor Mark Gil’s demise.
Gil, who was Raphael John De Mesa Eigenmann in real life, passed away at the age of 52. He was diagnosed with liver cirrhosis two years ago.
Gil, was a brilliant character actor, who was unforgettable in his portrayal of the characters he played. Some of his most iconic performances were in movies such as Batch 81, Pasan Ko ang Daigdig,  Palipat-lipat, Papalit-palit, Rotonda, Amok and Magnifico.

Batch 81 (1982) by Mike De Leon
Photo from criticafterdark.blogspot.com
Probably the best film to remember Mark Gil by, Batch 81 gave Mark Gil his big break as an actor. He played the role of Sid Lucero, who together with his fellow neophytes, endured hazing at the hands of college frat members.
This is where his son, actor Tim Eigenmann in real life, got his screen name Sid Lucero. Gil co-starred with Sandy Andolong and Ward Luarca in this movie. 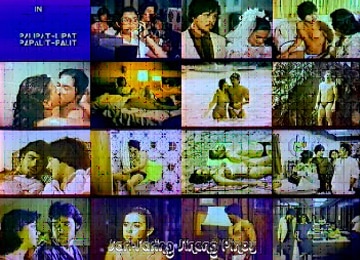 Mark Gil portrayed a gay character in Palipat-lipat, Papalit-palit.
He won a Best Supporting Actor Award from the Gawad Urian for this movie starring Christopher de Leon and Dina Bonnevie. 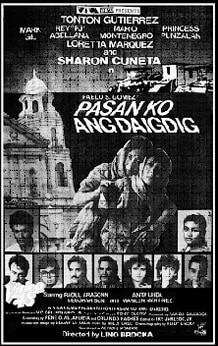 Pasan Ko ang Daigdig was another of Brocka’s hit films. Gil did the hot and roguish character of Greco. He pursued Sharon Cuneta’s character Lupe and from all outward appearances, one would think it was Greco who raped Lupe. 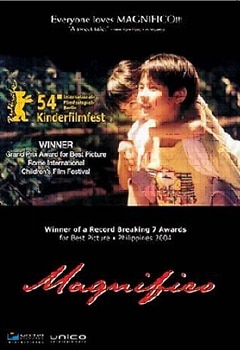 Photo from kieffernonato.blogspot.com
Gil played Domeng, a bus driver, who has a special friendship with Magnifico, a character played by Jiro Manio. In this heart-rending film, Domeng was the one who witnessed Magnifico’s death.
Magnifico stars Jiro Manio, Lorna Tolentino, Albert Martinez and Gloria Romero.
Mark bagged the Best Supporting Actor Award at FAMAS for his role in Magnifico. 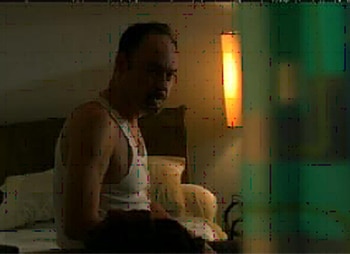 Gil won the Best Actor Award at the Gawad Urian for his role in this movie. He played the character of Abner, a troubled tabloid reporter who wanted to commit suicide.
Rotonda also stars Shamaine Buencamino, Celso Ad. Castillo and Soliman Cruz. In this indie film written by John Bedia, Gil played a “laos” stuntman who had sex with a girl who turns out to be a transgender.
Amok won numerous awards at the Cinemalaya 2011 Film Festival and was shown at the Busan International Film Festival.

Mark Gil also starred in about 30 Philippine teleseryes and his last was this year’s hit Kapamilya series The Legal Wife, where he gave soul to the character of Dante Ramos.
Dante is the biological, albeit absentee father of Nicole (Maja Salvador’s character) and the father figure to Monica (Angel Locsin’s character).
Dante, is a kind-hearted man, who took a turn for the worse when his great love Eloisa (Rio Locsin’s character) left him.