Before Friday’s Naked Truth, take a look back at the stars who shone brightest at the past Bench Denim and Underwear fashion shows With a few more days till local clothing brand Bench stages its much-awaited denim and underwear fashion show this year titled Naked Truth, Push pulls a throwback by digging up the photos of the last two fashion shows: Bench Uncut in 2010 and Bench Universe in 2012.
See the stars we miss on the Bench runway as well as the newbies we’re absolutely excited to see sashay on this Friday’s spectacle at the SM Mall of Asia Arena. Everybody knows that even if she’s got the body yet Karylle is not one to really flaunt it except during the Bench fashion shows where she’s been part of every season. What many do not know is that belter Angeline Quinto has more to offer than just her wonderful voice as what she has shown in Bench Universe. 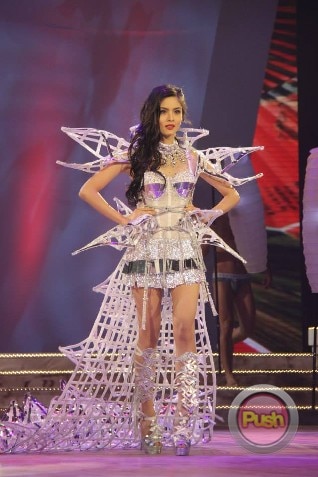 Primetime Princess Kim Chiu may have been known for her dainty fashion sense but the Kapamilya star often trades it for a sexy look at the Bench runway. 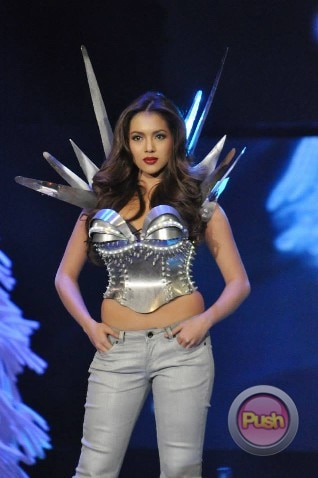 Teen stars Julia Montes and Kathryn Bernardo were among the shockers in the last fashion show as they took the ramp with seasoned models. Jessy Mendiola first debuted in the Bench runway two years ago, will she be more daring this year? She’s single and very much ready to mingle. We’re hoping that this is sign that the public can expect a bolder Shaina Magdayao on the fashion show. Husband and wife Melai Cantiveros and Jason Francisco has been consistently part of the Bench fashion show, will they join this year after welcoming Baby Mela in their lives recently? Rayver Cruz’s Instagram account has been filled with photos of him working out recently. The hunk Kapamilya star, who’s been a constant figure in the Bench show, seems to be prepping for something special on Friday. Ikaw Lamang star Coco Martin’s fans are surely expecting him to show some more skin this coming Friday after his runway walk two years ago. We know you can’t get enough of Joseph Marco ever since Pure Love and Talk Back and You’re Dead. The hunk star will be showing off his toned body this Friday.
Zanjoe Marudo has unfortunately been absent in Bench Universe two years ago, for sure a lot of his fans are rooting for him to come back on Friday. Even if he recently finally revealed to the public his girlfriend Sam Lewis, for sure a lot are still hoping to see Enchong Dee flaunt his body especially after his mature performance on Once A Princess. Even though he claims that this will be the last time that he would be gracing the awaited fashion show, Jake Cuenca will surely go down the show’s history as the most daring star to ever grace its runway. What will he be showing this Friday? Recently-engaged Dingdong Dantes was among the first brand ambassadors of Bench and he’s been consistently part of the brand’s shows ever since it started. This year though will be extra special for him as he will now be joined in the show by his fiancée Marian Rivera, will they walk the runway together? A lot of his fans probably miss seeing him on TV, but no fret because Deither Ocampo will surely be part of this Friday’s event as he’s been in the past two seasons. Apart from the mainstays of the show, a lot of Bench’s supporters are looking forward to the debut of the newest brand endorsers namely Marian Rivera, Ellen Adarna and Teen King Daniel Padilla.
Celebrity