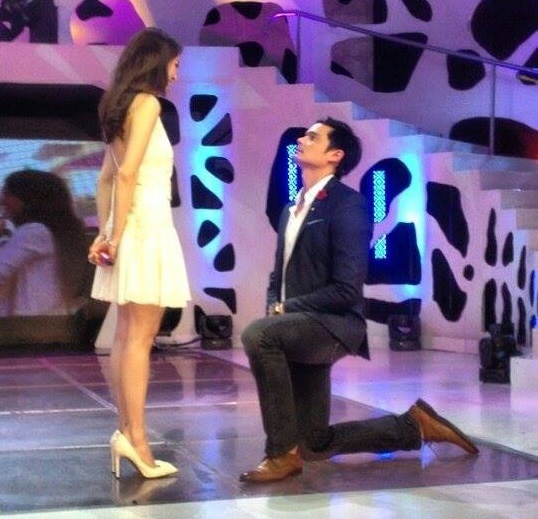 The wait is over for fans of longtime couple Marian Rivera and Dingdong Dantes as the latter finally popped the question to the former during the live episode of her dance show titled Marian.
Dingdong who guested for a segment on Marian's show shocked the nation with his proposal during the actress' birthday episode on Marian.

"For your birthday I offer you myself my love, today and all the days of my life. So please Marian, will you be my wife?" This was what Dingdong asked Marian while kneeling before her.

After which Dingdong stood up and said, "I would like to introduce to you my fiancee, my soon to be wife, and soon to be Marian Gracia Dantes... Her last dance with me before we become one."
The couple sweetly kissed after the proposal. Netizens were evidently happy for the newly-engaged couple as they hashtags pertaining to their engagement on Twitter. Among them were #LastDance, #Onedance, DongYan, #Marian, and Marian and Dindong. Almost all the posts congratulated the couple while some envied their romance.
Photos from GMA Instagram
Celebrity