Darren Espanto, a great talent and a humble heart Before he joined The Voice Kids Philippines, Darren Espanto has already joined international singing contests because he lived in Canada. His parents are registered nurses and they emigrated from Nueva Vizcaya to Canada and he has a litlle sister named Lynette. Darren  was born on May 24, 2001 in Calgary, Alberta, Canada.
At the age of two, he started singing and tried to copy the tunes of the songs that he listened to. His parents were very supportive to him and his talents.
Before joining The Next Star in Canada, Espanto first joined a singing contest for young Filipinos in Edmonton and won during the Masters Finals of Pinoy Singing Sensation on November 19, 2011.
He was the youngest finalist in the history of The Next Star to be included in the Top 6.  But he lost to the 14-year-old Brooklyn Roebuck. In 2013, Darren had his first series as a guest in YTV's Life with Boys.
What are his long-term goals? “Gusto ko pong magkaroon ng sarili ko pong major concert and also to create my first album,” he said smiling. 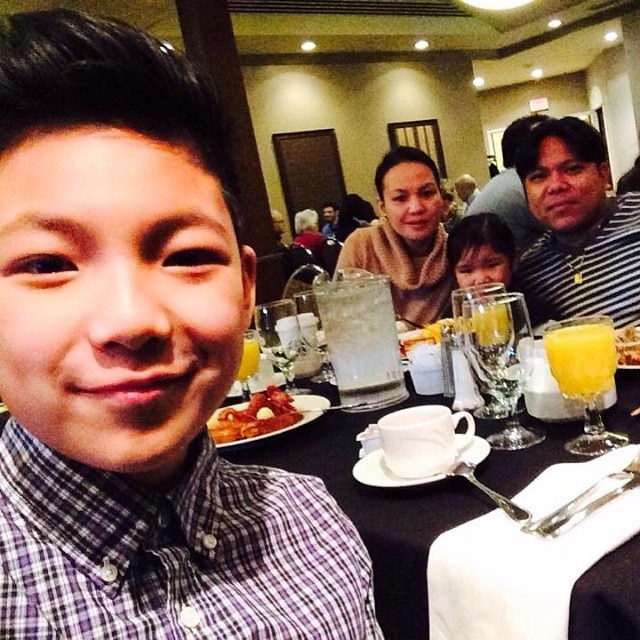