The former Showtime champs amaze Korean celebrity judges with their rendition of "Let It Go." 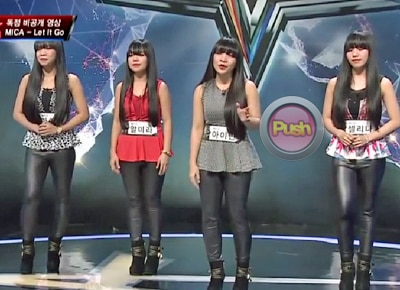 MICA, popularly known as the Gollayan Sisters, who won first place in It's Showtime's Bida Kapamilya contest in 2012, wowed Korean celebrity judges during their audition for the show Superstar K6. Using the first letter of their names – Mylene, Irene, Celina and Almira – to form girl group MICA, the sisters performed their own rendition of Frozen theme song “Let It Go.”
Korean Singer Ailee praised the sisters for their impeccable harmonization. “I was really, really impressed by the fact that you guys had harmonized everything, had everything on point. By far the most amazing rendition I’ve ever heard,” she said.
MICA passed to the next level of the competition.
Hailing from Santiago City, Isabela, the Gollayan siblings have also won Senior Grand Champion in the Vocal Group of the World Category of the World Championships of Performing Arts (WCOPA) in Hollywood.
Below is the sisters’ winning performance on It’s Showtime.