Jake Cuenca says he is not pressuring himself to settle down

Jake Cuenca says he is taking his current relationship ‘one day at a time.’ 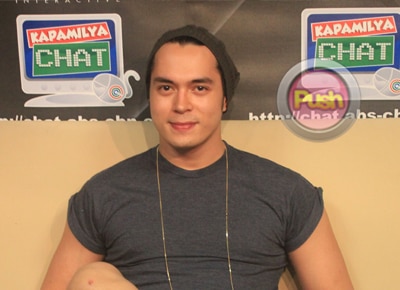 Jake Cuenca remarked that he is happy with his current relationship with his non-showbiz girlfriend Chanel Olive Thomas. "Mostly my relationships [before] were showbiz relationships, everything was so magnified and you now everything was in front of the camera which honestly was the reason kung bakit hindi gumana ang lahat ng relationships ko noon," he said.
The actor shared that he likes that his relationship feels more normal now with his Filipino-Australian model girlfriend compared to what he had before. "With Chanel, she really doesn't care that I’m an actor, in fact nong nakilala niya ako she didn't know that I’m an actor, she didn’t know I was famous or whatever so I like the fact that the relationship is real, I like the fact na people are not prying in our relationship and I like the fact that when we go out, we don't have to put out an image or try to act something we are not," he stated.
Jake stressed that he is not rushing anything between the two of them and that they don't talk about marriage just yet. "I’m taking it one day at a time. I’m not pressuring myself kasi nga parang I think one thing I learned from my past relationships is the more I pressure myself, relationship just gets boring, relationship becomes super boring and one thing I like our relationship is we don’t have plans, we're just having fun and definitely we love each other a lot and I cherish her and I think for now that's good enough," he stated.
After his Ikaw Lamang stint, Jake is planning to study acting in New York. "Franco (his role in Ikaw Lamang) is one of the roles I really loved and I love the fact that I was pissing people off every night and I like the fact that I was entertaining people and gaining everyone's respect and that’s exactly why I’m going to study in New York for acting is just that it's my continued journey of gaining people's respect as an actor," he said.
Jake plans to study in The Lee Strasberg Theatre and Film Institute. “It’s where Robert de Niro studied, Al Pacino, and Sean Penn, that’s their school. I sent them my portfolio, I sent them my video documentation for the stuff that I’ve done, buti na lang I was nominated for New York Film Fest for best actor so they accepted me. I want to study [there] because no one has done it yet here and I want to study in Lee Strasberg because of my idols, I want to study where they learned how to be brilliantly become an actor,” he said.
He also shared that he will be starring in an action film with Gerald Anderson. "It's an action movie. It’s called Bruho it’s the first time in a long time that you will see me and Gerald together in a movie and the project, it’s pretty good, okay naman siya, it’s a gangster movie," he said.
Celebrity