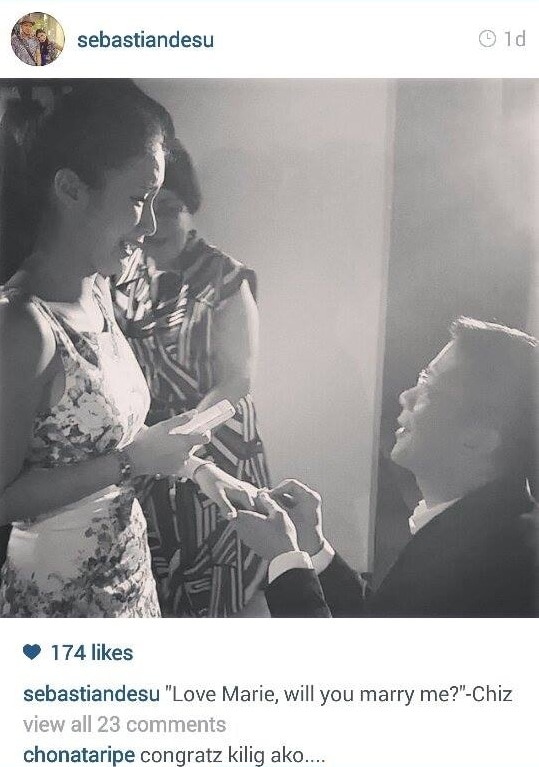 After months of being open about their plans of tying the knot, real life couple Heart Evangelista and Senator Francis “Chiz” Escudero finally made things official when the latter got down on one knee to ask the former’s hand in marriage.
The proposal happened on Saturday in the province of Sorsogon where the couple are currently vacationing with a bunch of friends.
News of the couple’s engagement broke out on social media on Saturday night after their friends started posting photos of how the proposal actually happened.
Heart’s friend Sebastian Mendoza took to his Instagram account to share the blow-by-blow account of the proposal starting from when the lawmaker got to one knee to the point to when he allowed her to read a reported message from Heart’s father on his phone. 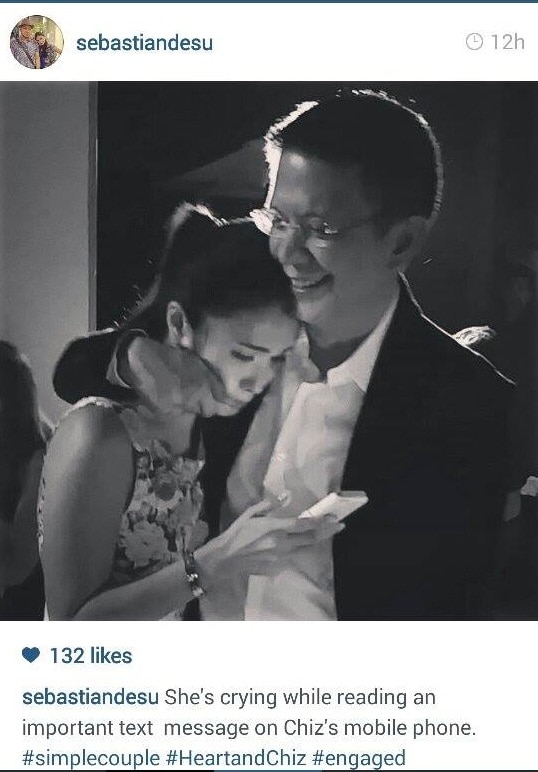 The proposal ended with a fireworks which was captured in a video by Heart’s friend Lovi Poe. The senator gave heart an apt heart-shaped engagement ring which the actress wore on her left finger together with what Sebastian claimed to be a promise ring. While they are yet to make official statements about their engagement and wedding plans, early this year, Heart was quoted in reports about being “certain” that she will be tying the knot next year.
Recall that the lawmaker opened up about their relationship in October 2012 after being introduced to one another by Senator Miriam Defensor-Santiago. While they have been expressive about how happy and certain they are about each other, Heart’s parents were anything but pleased about their relationship. But reports off late noted that Heart’s father has been softening up to his daughter and that they are now back to being on speaking terms.
Celebrity