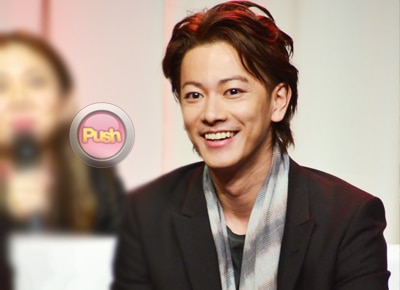 Rurouni Kenshin: Kyoto Inferno continues the tale of Kenshin Himura, wandering swordsman during Japan’s Meiji era. After vowing never to kill again, retired assassin Kenshin Himura (Takeru Satoh) faces the dilemma of needing to wield his sword again in order to end the rule of a devious nemesis in Kyoto Inferno.
Kenshin must face two enemies madly driven by their thirst for revenge against his former assassin persona in Kyoto Inferno—the scheming Makoto Shishio (Tatsuya Fujiwara) and Hidden Watchers leader Aoshi Shinomori (Yûsuke Iseya). Kenshin also has to battle other equally imposing renegade samurais before he can even get to these big bosses.
As expected, Kenshin had a fantastic and swift swordfight replete with special effects against Shishio. But his confrontations with Sojiro Seta (Ryûnosuke Kamiki)—one of Shishio’s most trusted servants—and with the vindictive Sawagejo Cho (Ryosuke Miura)—a member of Shishio’s Ten Swords—are also spectacular and impressive.
Despite being taunted and ridiculed during his countless fights by his opponents—particularly since he’s using a reverse-edged sword, Kenshin stays true to his vow to himself and to his love interest Kaoru Kamiya (Emi Takei), a fighting instructor and dojo owner in Tokyo, to not to kill anyone again.
That perhaps is the greatest lesson of the movie, that greater good can still be accomplished even without shedding blood.
Joined by the overconfident Sanosuke (Munetaka Aoki), the reliable doctor Megumi (Yu Aoi), and young swordfighter-in-training Yahiko Myojin (Kaito Oyagi), Kenshin’s battle to save Kyoto from Shishio’s plans to decimate it became a little more colorful not to mention adventurous.
Satoh not only impresses with his masterful sword fighting skills, but with his flexible acting whenever Kenshin channels his innocent and pensive side. Fujiwara on the other hand despite his limitation of being masked with bandages made good use of his eyes in conveying how keen he was in getting back at Battousai (Kenshin).
Kyoto Inferno ends with the entrance of a new character and possibly the loss of an old one which makes the third and final installment Rurouni Kenshin: Legend Ends a must-watch once it comes out next month.
Directed by Keishi Ohtomo, Rurouni Kenshin: Kyoto Inferno is currently screening in theaters nationwide.
Celebrity