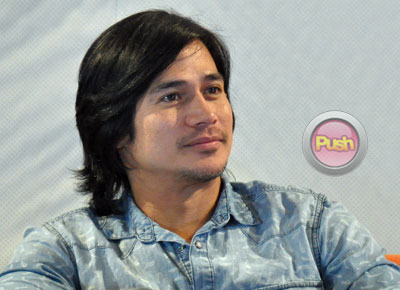 After renewing his contract with the Kapamilya network for another two years, Piolo Pascual admitted he has no plans of retiring anymore. “I woke up feeling excited and we are where we are supposed to be. I am happy. I’m just happy that the family is intact and we’re all here. Masaya. It’s not about what I want to do. It’s what else we can give. I guess ABS-CBN knows better in terms of concepts and roles I can take on. For me bahala na sila sa akin pero siyempre there’s collaboration, there’s pitching when there’s an idea we can talk about it. I have a pretty fair and open line with them so ang sarap gumalaw,” he shared during his contract-signing last August 14 inside the ABS-CBN compound.
Now that he has been on top of the industry for more than a decade, Piolo said he is happy with where his career is right now and that he looks forward to working with many different actors in future projects. “Marami naman. I don’t mind working with the younger ones, working with the peers. Sarap lang na you have many friends in the business who you can work with. Of course with the veterans yun ang bonus ‘di ba?” he explained.
After admitting that his son Inigo received an offer to join a boy band in the US, Piolo said that he and his family had a change of heart with regards to letting his son pursue a singing career. “No he’s not doing that. We’re not signing up because ang laki nung hinihinging oras eh. So I think he’s going to do home school for a sem and then go back to school. It’s not sayang. For me mas sayang kung natali siya sa isang bagay na mahirap pakawalan. They’re asking for a lot of years,” he admitted.
Later this year, his son’s first movie project with Sophia Andres (who played the young Dawn Zulueta in She’s Dating The Gangster) will be shown and Piolo said he was happy to be one of the producers.  “Yes, I wasn’t on top of it though. Hindi ako nangialam. Pumunta lang ako sa first day. This was Spring films, yung company natin na nag-produce. Pinabayaan ko na kasi sila talaga yung may gusto nun eh,” he said.
The Hawak Kamay star said he has no intention of becoming a stage father. “Never. He’s a boy, lalake eh so hindi naman kailangan tutukan yun. Hindi naman siya adolescent or toddler na kailangan mo tutukan. He’s almost 18,” he added.
As a father, Piolo said he is still adjusting to being a parent to a teenager. “It’s hard. It’s not something na madaling pakawalan kasi inalagaan mo yan, parang bagay yan na ayaw mong i-share. I maybe a selfish father pero it’s all for his sake. Hindi naman kasi kailangan gawin. Wala namang problema sa akin, hindi naman ako madamot na tao para hindi ibigay yung hilig nung bata pero siyempre all I’m asking for is to at least finish high school,” he said.
Piolo made sure his 17-year-old son will prioritize school even when he is in showbiz already. “I told him, ‘Just give me your high school diploma,’ and then he can do anything he wants. Sa akin naman yun naman ang importante eh. Kaso ang dami ng opportunities, ang dami ng dumarating. We’ll play it by ear,” he said.
Piolo said Inigo listens to his advice and tips on acting. “Siyempre, he’s my only son. So we talk about anything and everything. And he shares, that’s what’s nice about him. There’s an open communication,” he said. But when it comes to performing, Piolo said he gives his son a chance to create his own style. “Malay ko ba naman sa mga kinakanta niya, mga sayaw niya, hindi naman ako nakaka-relate dun so bahala siya and I’m amazed,” he admitted.
Celebrity