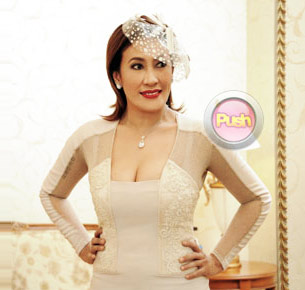 The DZMM report noted that the dismissal came months after Ai Ai apparently expressed disinterest in pursuing the case. The two-page resolution by Assistant City Prosecutor Hector Buenaluz Jr. ruled out that there’s no probable cause against Jed due to the lack of evidence.

The court noted that Ai Ai did not submit any medico legal report to support her claim. Furthermore, she also failed to surrender any video, after accusing Jed of attempting to make a sex video involving their intimate affair.

Last year, Ai Ai hogged headlines after a tearful confession claiming that she has experienced physical abuse from her then new husband Jed which led to her filing of violation of Republic Act 9262 or the Anti-Violence Against Women and Children Act before the Quezon City Regional Trial Court.

Apart from that she also sought a protection order against the businessman a month after they tied the knot in Las Vegas.

It was early this year when Ai Ai announced about her divorce against Jed being official.
Celebrity