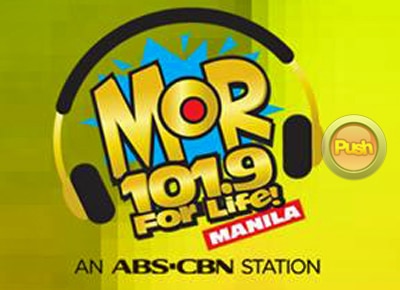 DJs of hit ABS-CBN FM radio station MOR 101.9 are all very excited to celebrate their anniversary through the MOR Pinoy Music Awards (MORPMA) which will happen on July 11 at the Mall of Asia Arena.
In a recently-concluded blogger’s conference for the event, the DJs shared that the main idea behind the award’s inception was to honor the excellence of both the OPM songs and the Filipino artists that thrived and made a huge impact in the music industry from January to December 2013.
According to them, artists from various labels and even independent ones will have an equal chance of bagging an award or awards during that night.
Among the awards to be announced that night are Song of the Year, Album of the Year, Female Artist of the Year, and Male Artist of the Year. The awardees will be determined according to the total number of votes from texters, MORPMA Awards Committee, and a special group of judges composed of Asia’s Nightingale Lani Misalucha, Organisasyon ng Pilipinong Mang-aawit (OPM) vice president for special events Christian Bautista, and Filipino Society of Composers, Authors, and Publishers (FILSCAP) president Noel Cabangon.
Other than the aforementioned citations, fans can also expect singer-composer Ogie Alcasid to receive the MOR Lifetime Achievement award and a special addition, the Regional Song of the Year, which will be recognized for the first time by the station.
The first of what is slated to be an annual music spectacle will see the presence of My Only Radio (MOR) ambassadors Daniel Padilla and Vice Ganda as well as performances from other OPM stars namely Parokya ni Edgar, Bugoy Drilon, Christian Bautista, Darryl Shy, Edward Benosa, Eurika, Jireh Lim, Kathryn Bernardo, Klarisse de Guzman, KZ Tandingan, Liezel Garcia, Noel Cabangon, and Sam Concepcion.
It was July 8 of last year when ABS-CBN’s official FM station in Metro and Mega Manila was relaunched as MOR, with Daniel, Vice, and Toni Gonzaga as the new “faces of MOR.”
Admission to the MOR Pinoy Music Awards is free and is happening on July 11 (Friday) at the SM Mall of Asia Arena.

CHECK OUT PHOTOS OF THE PRESSCON HERE
Celebrity